Why we need more Clexacons

This past March, I had the honor of attending the very first, Clexacon . I wanted to wait to write my thoughts until after the conference was over and I had time to gather my thoughts, darn things run around like mice in my head sometimes.  :) This is a conference dedicated to Queer representation in media. As both a publisher and a writer, it was invigorating, rejuvenating and fun to see so many people gather around a singular idea. Representation. While this might not seem like a big theme to most, queer representation is sorely lacking in many facets of mainstream media. Queer cons are more important today than ever, as we are marginalized in the media, in politics and by our own government. The atmosphere at these cons is warm, welcoming and open to all who have a love for queer everything. The chasm is often seen as growing and with events like Clexacon, they help bring queer media to the forefront. In lesbian fiction we see it, we feel it, and we know when we’re being marg
1 comment
Read more

A love affair with words 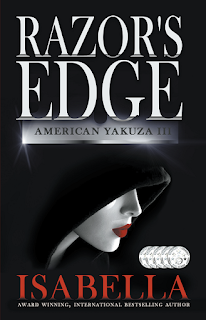 A love affair with words. I love words. I love how words roll off the tongue. How an author can thread them together to create a tapestry of images. How a skillfully crafted story can make me cry, laugh, or just feel. My love affair with the written language developed early, through comic books and then on to trashy romances my stepmom gave me when she had finished reading them. (Not to worry, I was well into my teenage years when that happened.) I had a library card that I used quite liberally. Often keeping a book so long that I had to pay a twenty-five cent overdue fee. When I was younger, books allowed me to escape and imaging being someone else. I didn’t have a crappy childhood. On the contrary, I lived in the country, played outdoors with friends until that ominous voiced yelled for us kids to come home for dinner. I had chores, watched little TV, it was restricted to a point, I grew up in a time where there were only three channels on T.V. so sitting in front of th
Post a Comment
Read more

Why releasing a book is like having a baby. 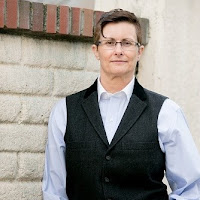 Why releasing a new book is like having a baby. The birth of a new baby and the release   of a new book are similar. Especially, if you've had a two year gap   between releases. How do I know, I've had three sons, and there was a   gap of five years between my middle son and my last son. You've thrown   out all your baby clothes, had a mind shift from babies to kindergarten   and grade school. Now you're right back into diapers, sleepless nights   and spreading your time between school age kids and a newborn.</p> So,   as you can see there&rsquo;s somewhat of a correlation between having your   books out there for years and adding a new release two years later.   Those two years changed me. I almost lost my wife, my son had lung   surgery and was in Intensive care for a while, my mom died, and I lost   my wonderful little, Roo. All things that change a person. Those two   years were the roughest of my life, making it harder to write, to focus,   and to pu
Post a Comment
Read more

Subscribe and keep up on all the latest news!